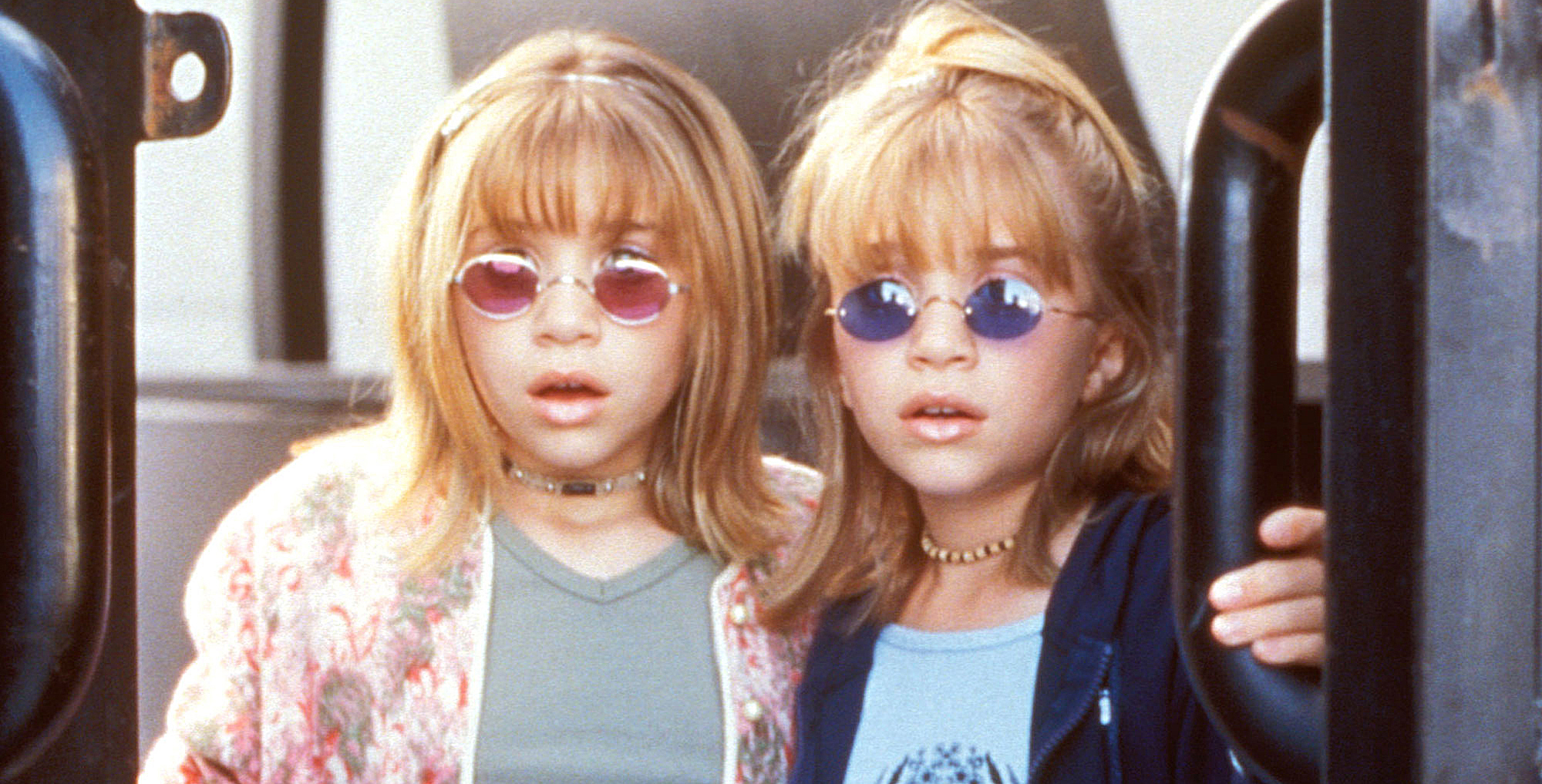 This year’s hottest trend takes us back to the 90s when Justin Timberlake was still a boy and all the girls wanted their own Olsen twin. What’s the fuzz about? Tiny sunglasses of course! This 90s trend is back! 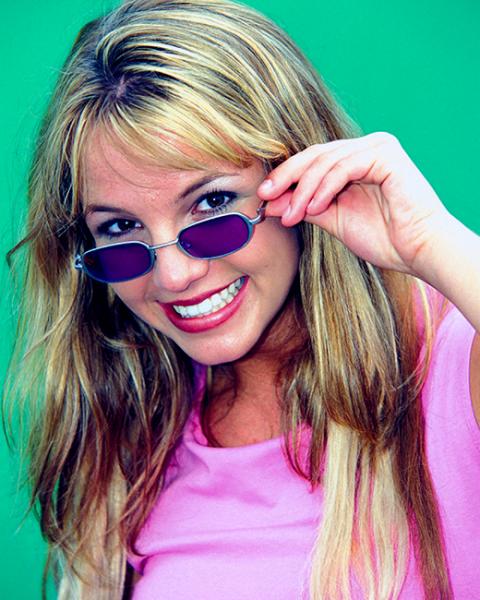 Where did they come from?

All the 90s kids should remember Justin with his bleach blonde hair wearing these ridiculously small, slightly toned sunglasses or Britney Spears with similar shades? This trend was adopted by all the celebrities and trendy youngsters of that era. And now they are back to mess with our heads in 2018. 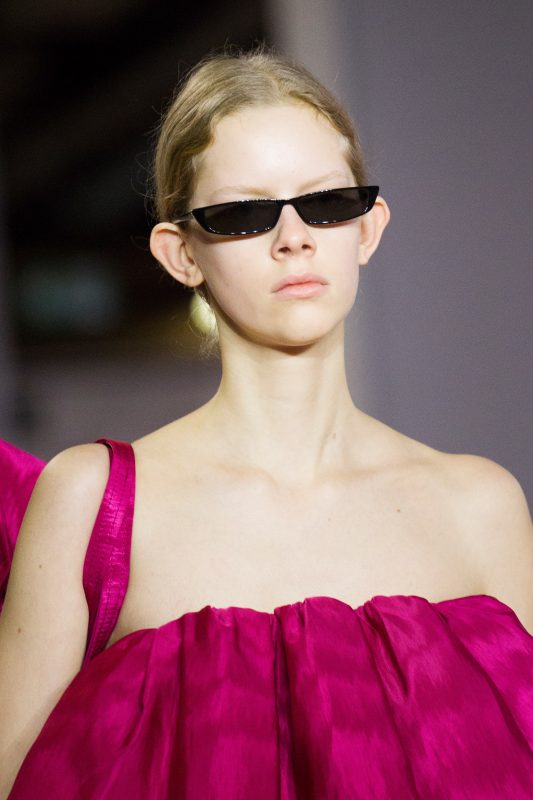 It was back in 2017 when Balenciaga’s designer Demna Gvasalia brought the 90s eyewear trend back and in public. His fall ready-to-wear collection presented at the Paris fashion week had many models wearing tiny black shades with dark lenses and strong plastic frame. The remarkable resemblance to the sci-fi movie The Matrix earned Balenciaga’s shades an instant nickname with the same name, the matrix. After Balenciaga a lot of famous fashion houses like Prada, Miu Miu and Louis Vuitton followed the trend and gave it their own touch in different shapes, sizes and colours. 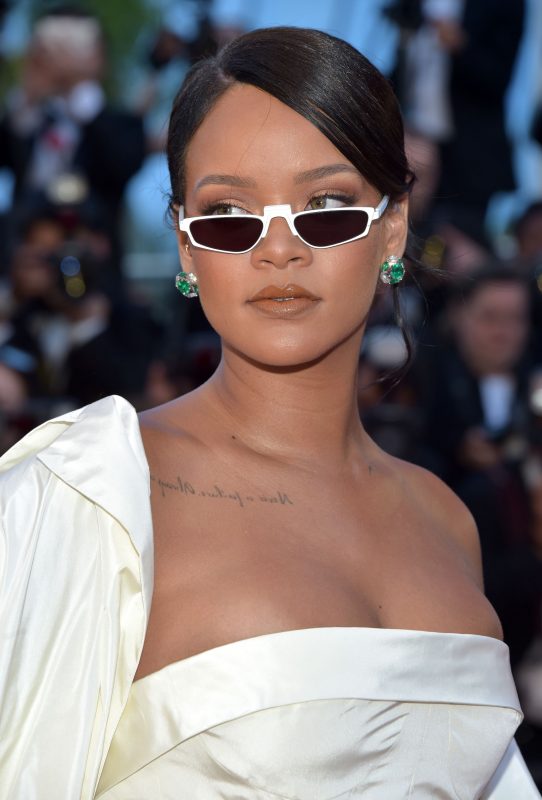 Rihanna and Solange made it clear that the tiny shades are totally in. The pop stars were spotted wearing tiny sunglasses by Georgian designer George Keburia both on the streets and in different fashion magazines. After that period all the other celebrities followed, like Gigi and Bella Hadid and the Kardashian sisters to name the few. Now all the celebrities, fashionistas and style gurus have adopted this hot trend of the 90s.

It is clear that the practical value of these trendy sunglasses is close to zero. The lens surface is small and the frame barely covers the eyes. All the dangerous UV radiation coming from the sun gets right into your eye. But what are they for an what makes tiny sunglasses so captivating? According to the world famous fashion designers, everything 90s is hot this season and looking a little bit ugly is even more in fashion. And tiny sunglasses get all the attention due to their weird and impractical shape. Although this trendy frame fits especially good on beautiful models, even the people who really don’t like them and to whom they may not be the best fit, still buy them cause they are new, exciting and trendy. As some fashionistas have said, tiny sunglasses make its wearer more confident and are the cherry on top of any outfit. In addition, they fit into a bumbag which is another big trend this season, straight from the 90s. 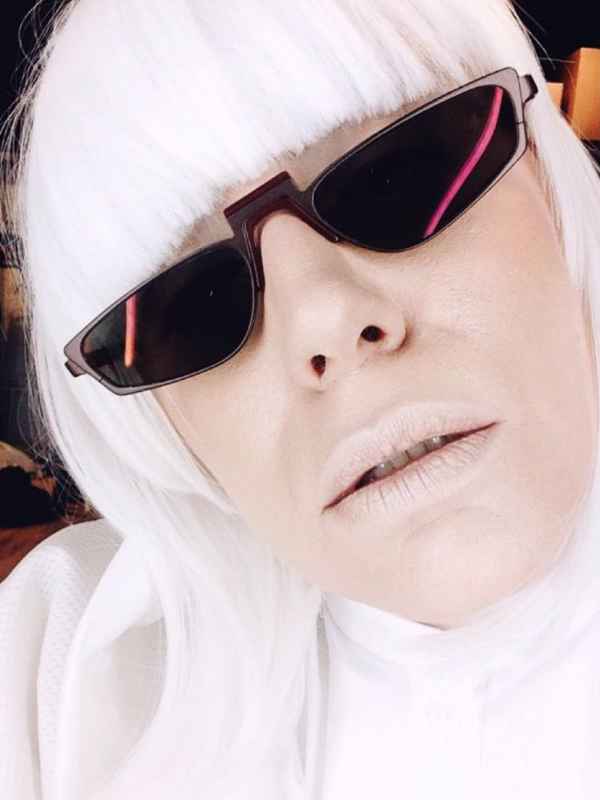 VIUU has a bunch of tiny sunglasses. We have the famous OJALA shades by Andy Wolf in dark red, worn by Rihanna at the Met Gala in white. In addition, we have loads of vintage sunglasses in different shapes and sizes, one exceptional pair from Ferré and some retro 40s inspired Cat Eyes from Oliver Goldsmith and Andy Wolf. We have even more super fashionable tiny shades and other cool glasses coming in the spring and we will keep you posted.

So if you have warm feelings towards the 90s and you’re not afraid to stand out, come to VIUU and pick up your favourite tiny sunglasses!

See VIUU’s selection of sunglasses HERE and come try some on at VIUUshop, Telliskivi 60!